As leaders in the PR space, we have set the standard for what strategic and purposeful Public Relations in Botswana and the region. When it comes to PR Strategy and Implementation, we take a very long-term, insights-led and sustainable view. One of the examples of our work we are most proud of was the historic Botswana Telecommunications Corporation Limited (BTCL) privatisation, IPO and Listing. 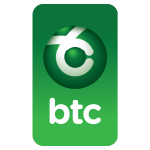 When Botswana Telecommunications Corporation Limited (BTCL) began its journey to privatisation through listing on the Botswana Stock Exchange, we knew that the road ahead held the greatest potential to become the most historic listing in the history of Botswana. The Botswana Government was selling 49% of its shareholding in BTCL and decided to do so through an Initial Public Offer that would be truly unique in its design: the IPO was to be open only to Botswana citizen investors. Our client had one goal in mind for us to help them achieve, that being, to see maximum citizen participation. Placed before us was a challenge which we truly considered a golden opportunity to be a part of a historical feat. This opportunity could change the socioeconomic climate of Botswana and become the largest movement for financial inclusion ever to come out of our nation.

We knew that the key to achieving our goal was to drive detailed, consistent, and accessible public education and engagement. We knew that such an opportunity was also new to most Batswana. We wanted to drive home the message that this IPO was conceptualised by Batswana and for Batswana to benefit from. We wanted every Motswana across the nation and even those abroad to know that BTCL was theirs to own.  We drove this campaign through a strong and consistent rollout of proactive PR tactics. These including: directing internal communications and trainings of client and stakeholder staff members. A plethora of press releases that relayed every chapter of the IPO process, materials, stations of access, developments, as well as what new investors could look forward to come the listing of BTCL on the BSE. We initiated interview opportunities, daily social media engagements, press conferences, dikgotla (district caucuses) and other public speaking opportunities for our clients to put their best foot forward to take this historical opportunity to all Batswana. To support our PR efforts we undertook an extensive publishing of informative materials to accompany the Prospectus which included FAQ documents and a Nationwide Public Education Roadshow that covered all districts across Botswana.

In the end, the BTCL IPO yielded the second highest over subscription in Botswana’s history (oversubscribed by 1.68 times, with 776,333,400 Shares Offered by the public, as compared to only 462 million Shares available) and garnered the largest number of citizen investor profiles to enter the local bourse (52,000 new investors on the bourse). Never before had Botswana’s capital markets seen such a volume of local participation. We drove the BTCL narrative to make local headlines and news beyond our borders. Supporting this incredible achievement was the fact that in just five months alone between November 2015 and April 2016, we received free coverage of up to USD10,000. Such a value in the relatively small market of Botswana is a figure that broke records. We had what many would have called a daunting task to carry out, and we leveraged on the strengths of our networks and relationships to carry the message to all corners of Botswana. We welcomed the largest number of first time stock market traders that Botswana had ever seen in a single investment period. The BTCL IPO was made by Batswana, for Batswana and by the end of our campaign, Batswana across our land believed in their hearts that BTCL was indeed, a corporation they could call their very own.

Below are pictures from the project. 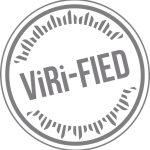 “Hotwire was engaged by Collins Newman Deloitte (CND) Consortium, led by myself, for Communications visibility, implementation, stakeholder engagement, and strategy work. This also included extensive research work, public education, social media management, and media relations. The value of the work Hotwire provided was approximately BWP 8 million, or 640,000 Euro. Hotwire was engaged in 2013, and provided services until post Listing of BTCL in April 2016. Having worked with Hotwire before on this and many other projects, we confidently recommend them for any work in the Public Relations and Public Affairs disciplines.” – Max Marinelli (Deloitte)